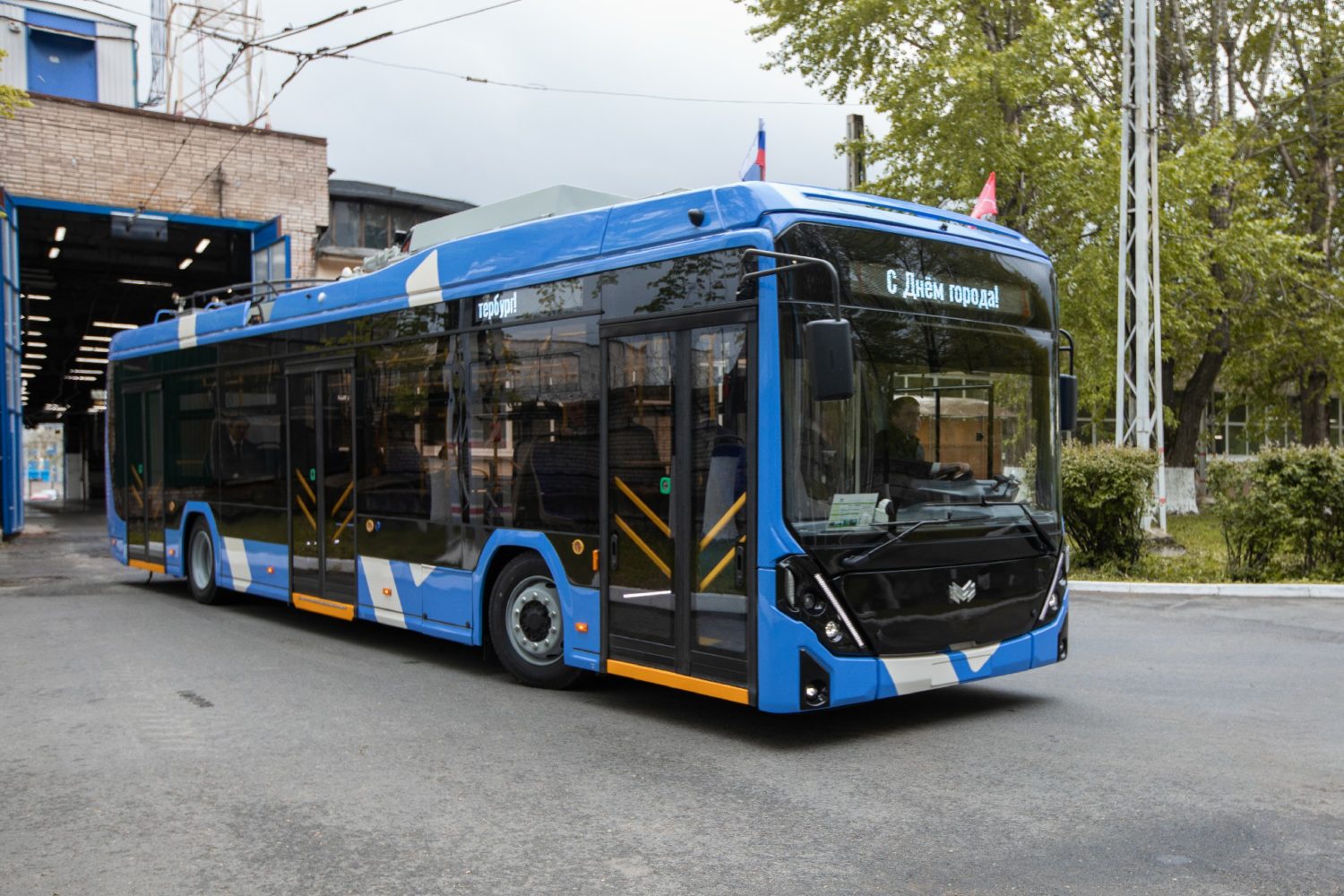 Rosatom develops its battery production business and has entered export markets. With the first export shipment made, Li-ion batteries were supplied to BKM Holding in Belarus. The Russian nuclear corporation continues working to expand its partnerships with Belarusian companies.

Trolleybus as a birthday present

RENERA (part of Rosatom’s nuclear fuel division TVEL) is engaged in the production and distribution of energy storage systems. The company produces Li-­NMC batteries for electric vehicles. As the name suggests, their cathodes are made of nickel, manganese, cobalt and lithium oxide alloys, making the batteries less prone to temperature changes and increasing their nominal capacity. Thanks to a built-in thermostatic system, RENERA batteries have an extended operating temperature range (–35 °C to +40 °C). Their affordable price is another advantage.

In March 2022, RENERA signed a contract to supply batteries for trolleybuses produced by BKM Holding. It is a Belarusian manufacturer of electric public transport vehicles (electric buses, trolleybuses and trams) and charging infrastructure. Established over 50 years ago, the company runs a research and development program and develops experimental solutions.

RENERA batteries made it possible for BKM Holding to fulfill a contract with the Saint Petersburg (Russia) electric transport operator Gorelectrotrans. The contract was signed a few weeks before the companies agreed on the shipment of batteries and provides for the supply of 97 Olgerd 32100D trolleybuses. The first trolleybus was delivered to Gorelectrotrans on May 27, the birthday of Saint Petersburg.

“Our partnership with RENERA in using their batteries will make operation and maintenance of our vehicles extremely efficient,” says BKM Holding CEO Oleg Bytsko.

But why do trolleybuses need batteries if electricity is fed through contact wires? Autonomous mobility is needed to drive roads that have no trolley grid. Thanks to RENERA batteries, trolleybuses can run up to 45 kilometers without external power supply. “Advanced energy storage systems will help municipal authorities organize new transport routes and make public transport in Saint Petersburg safer and more convenient,” RENERA CEO Alexander Kamashev explains.

This July, RENERA made another step in strengthening its ties with Belarus. The company top managers had a meeting with representatives of the Ministry of Industry and the National Academy of Sciences (NAS) of Belarus.

First Deputy Minister of Industry Alexander Ogorodnikov noted that large mechanical engineering companies in Belarus were interested in purchasing Li-ion traction batteries. Moreover, the parties are ready to join their efforts in the development of Russian-­Belarusian batteries for electric public transport vehicles and discuss a possibility of organizing local production of energy storage systems in Belarus.

At a meeting with Vladimir Gusakov, Chairman of the NAS Presidium, RENERA CEO Alexander Kamashev expressed interest in the solutions developed by Belarusian researchers in such fields as graphite materials, sodium-ion batteries, battery disposal, heat removal, and electromagnetic radiation protection.

Belarus puts emphasis on the development of electric public transport. Last April, the country adopted the Comprehensive Electric Public Transport Development Program for 2021–2025. The program mentions the fact that the Belarusian EV market is still taking shape, and demand is met with imports. Demand in the domestic market of public EVs is estimated at 2,500 trolleybuses and electric buses in the next few years.

As international experience shows, the most developed segments of the global EV market are urban electric buses (33 % of total bus sales) and two-wheel electric scooters and bikes (30 % of the market for these vehicle types). It is expected that e-buses will make 67 % of the total bus market by 2030 while the share of two-wheel electric vehicles will grow to 47 %.

Rosatom regards energy storage systems as one of its key business segments. With this in mind, the Russian nuclear corporation plans to construct a production facility for Li-ion cells and batteries in the Kaliningrad region. The facility is designed to produce 4 GWh of storage capacity per year, with the possibility of increasing annual output to 14 GWh. The construction is scheduled to begin in 2025.

RENERA supplied six electric sightseeing cars equipped with Li-ion traction batteries to a theme park in Moscow regoin. The 26 KWh Li-ion battery produced by RENERA enables a maximum travel range of 100 kilometers. The battery can be charged using a standard 220V outlet. The charging process takes 6 to 10 hours. Since electric vehicles produce no emissions and run almost noiselessly, tourists can enjoy the signing of birds and rustling of leaves in the park.